Defining an industry is crucial for c-store chains as well as independent retailers. According to the latest report, the level of foodservice in the United States is not as high as it may seem. 89% of players are still on the basic level of their development able to offer only some fundamental products, snacks, drinks and customer service. 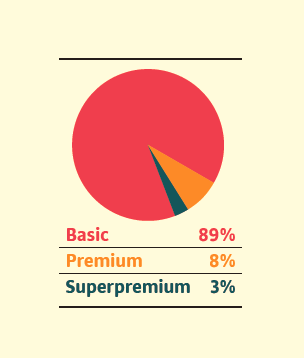 END_OF_DOCUMENT_TOKEN_TO_BE_REPLACED

What does the term “smart gas station” mean? What features it should have? How can IT solutions boost its operation in relying on all aspects of the non-fuel business and gas station chains? These are the question we are going to discuss in this article.

END_OF_DOCUMENT_TOKEN_TO_BE_REPLACED

Express-coaching for top officials in 30 minutes

This conversation has been translated in English with some abridgements. Full version >>

Line personnel from procurement departments is recommended to refrain from reading.

Alexander Kuzmin is an expert with over 20 years in non-fuel business of gas stations and the implementation of projects of its reorganization. With this huge experience, Alexander is ready to offer the plan for the changes to the chain of stations of the federal scale in just 30 minutes.

His partner in this conversation is the head of federal chain which is bringing together more than one thousand stations located over the entire territory of the Russian Federation. In our dialogue, he will be called the Leader.

Leader: Alexander, you promised to tell me about the most important changes that I need to carry out so that customers perceive our stations on a par with the best European chains. And you promised to do so in just 30 minutes.

Alexander Kuzmin: Before you begin the conversation i would like to clarify what are the specific goals you want to achieve?

Leader: For over the last five years there has been a significant strengthening of the position of vertically integrated oil companies, whose major shareholders are various state-controlled structures. In the eyes of the vast majority of Russian citizens oil companies and their corresponding chains of gas stations are clearly perceived as being a part of  the “state”. All attemps to prove them otherwise had the opposite effect.

Alexander Kuzmin: In simple terms, Russian drivers should take your gas station as being the same as “cool” foreign ones. Is that so?