Consumers around the globe are familiar with the Neste Finland brand. The company has been in the list of the most popular gas station chains for almost 25 years. Hailing from Finland, the gas station chain is a part of the Neste Oyj Oil and Gas giant that deals with the full-cycle oil refining. Today, the company has taken the leading position in the niche of renewable fuel production. The new segment is facing a boost today. For this reason, we decided to have a closer look at solutions provided by Neste Finland considering their relevance for many countries across the globe.

The ability to predict the situation in the market defines a future success for the company. Top tier gasoline brands are not an exception. With the introduction of new IT-solutions and advanced technologies, the largest gas stations in the world received a set of competitive advantages. Neste appeared to be one of the most forward-looking brands after last year’s another success. The company performed a rapid sales growth making its stocks reach the historical maximum (€40 per stock).

The result looks overwhelming considering margin out under pressure in many European countries. It resulted in an increased refining volumes enabled by the Near East. Neste managed to not only keep the level of margin profitability under such tough conditions, but also increase it with the help of its own refining factories located in Finland in addition to Neste Singapore and the Netherland divisions.

The company appeared to be even more successful if compared with the Reuters forecasts and analysis. It can boast over €1 billion of operational profit. Such a huge success was determined by several key factors including the US Blender’s Tax. The United States appeared to be a beneficiary marketplace for Neste selling its renewable fuel products.

In spite of such profits and sales growth, some experts consider it as a short-term success that will tend to vanish in the nearest future. On the other hand, the company still has a chance to hold its leading positions on the market even if the things will go worse. Neste has built a wide assortment of fuel products including gasoline and diesel fuel in addition to industrial lubricants, aviation fuel and oil offerings for vessels and boats. Such a broad selection of products will certainly let the company stay on top in spite of all predictions and skepticism.

The Future is for Biofuels

The latest results reveal a positive tendency for biofuels. They feature a sales growth by 16% in 2016. Moreover, Neste produces 90% of its all renewable fuel products using waste, animal fats, etc and other similar sources instead of palm oil. We have a perfect example of eco-friendly fuel production that can let the company bear fruit without the slightest social pressure.

Renewable fuel products have an enormous potential from business perspectives. Also, the niche is relatively new, Neste keeps developing it for the US-market that appeared to fit the needs of both producer and consumers. US customers love everything «green» and «eco-friendly». They love to think they take care of our planet every time they buy any bio-staff. Local authorities are also extremely excited about such offerings and support Neste by all means.

For instance, the government of Sacramento is planning to invest more funds in renewable fuel products and cut down the CO2 emission to 80% from its current level. Sacramento state authorities are using Neste renewable diesel on its 400 trucks and other vehicles for special purposes. The main advantage of Neste products is that they do not require any modifications, upgrades and updates for the vehicle. It will let the products spread as fast as possible. 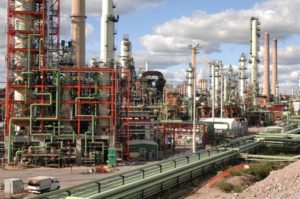 Why Opt for Bio Diesel?

Before introducing bio diesel to the US market, Neste held numerous experiments in Helsinki. The idea was to use it for city public transport and track any changes that would take place within three years. All buses were fueled with bio diesel ranging from 30% to 100% of bio fuel. Buses covered 1,6+ billion foots and they keep using the new type of fuel till now.

In June 2016, the UN has established the official bio diesel standards, which means a huge potential for different branches and industries. For example, the international airport in Oslo is willing to fuel its airplanes with a new eco-friendly fuel delivered by Neste. In other words, we have a new leader in the market of alternative oil products. As for the future perspectives, such alternative will reduce the level of CO2 emission and boost the recycling industry. 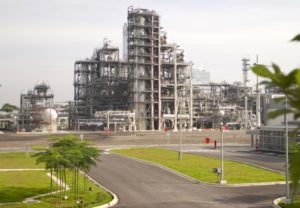 We can observe the same situation in the non-fuel and foodservice industries as well. While some c-stores and gas station chains are using typical business model and stay on the basic level of foodservice development, other brands start implementing advanced technologies and innovative business ideas to boost their sales. Neste is a perfect example of such approach while stating a proven leader in various segments at the same time.

Gas Station «Boredom» Stage and Steps to Avoid It