Gas stations of the future: welcome to Beijing

Imagine a gas station that automatically detects the arrival of the vehicle, and then launches a series of procedures aimed at providing the driver with the service she or she expects to have. Selection of fuel type and desired volume of it, auxilliary services and goods, type of payment and its processing.

And all these by just a couple of touches of the touchscreen display of the vehicle’s on-board computer. No cash, no bank cards, no smartphones, no tablets.

Sounds too futuristic even for the concept? Nevertheless, tests of this format are already taking place in Beijing, where Shell runs such stations together with Alibaba Group and SAIC Motor Corp, which in this project act as a joint venture called Banma Network Technology.

According to Banma’s statement published by company’s office last week, the first gas station of this type (i.e., truly «smart») will appear in China in the first half of 2018. Starting with Chinese capital, the format will gradually spread to all other provinces of the Middle Kingdom.

Based on the capabilities of its own developments in the field of cloud computing, Alibaba employs tailor-made OS for IoT-devices — AliOS. Its functionality allows to register the arrival of cars in the immediate vicinity of the station’s pumps and then start all the processes automatically, everything up to the purchase of snacks and drinks with subsequent delivery to your car.

Of course, the Alipay payment system makes part of the project, one may also choose activating the account of the Shell customer program. The tests show reducing the average time while visiting the gas station from the current 10-15 minutes by 50%, Shell reports.

Retail and service as the basis of the gas station

Alex Shi, CEO of Banma, said that company’s specialists are trying to develop a new model of gas stations based on strong retail operations. Of course, this is being carried out with a strong accent on the segment of «connected» cars, i.е. on fleet of vehicles with advanced IoT-functionality. The strategy is «everyone wins»: motorists get improved consumer experience, gas stations get traffic, augmented sales, convenience in carrying out marketing programs, including personalized offers.

Representatives of the Shell China placed similar emphasis in their comments, stressing that the most important part of the journey, besides its final destination, is how exactly the traveler gets there. And here the network wants to provide the drivers with experience from the category of «something that did not exist on the market before».

The IoT capabilities plus Shell’s competence in the management of gas stations and the development of non-fuel sales can (and should) turn into a breakthrough for the customer in terms of the services provided at the gas stations. Especially on such a fertile soil as the Chinese market. 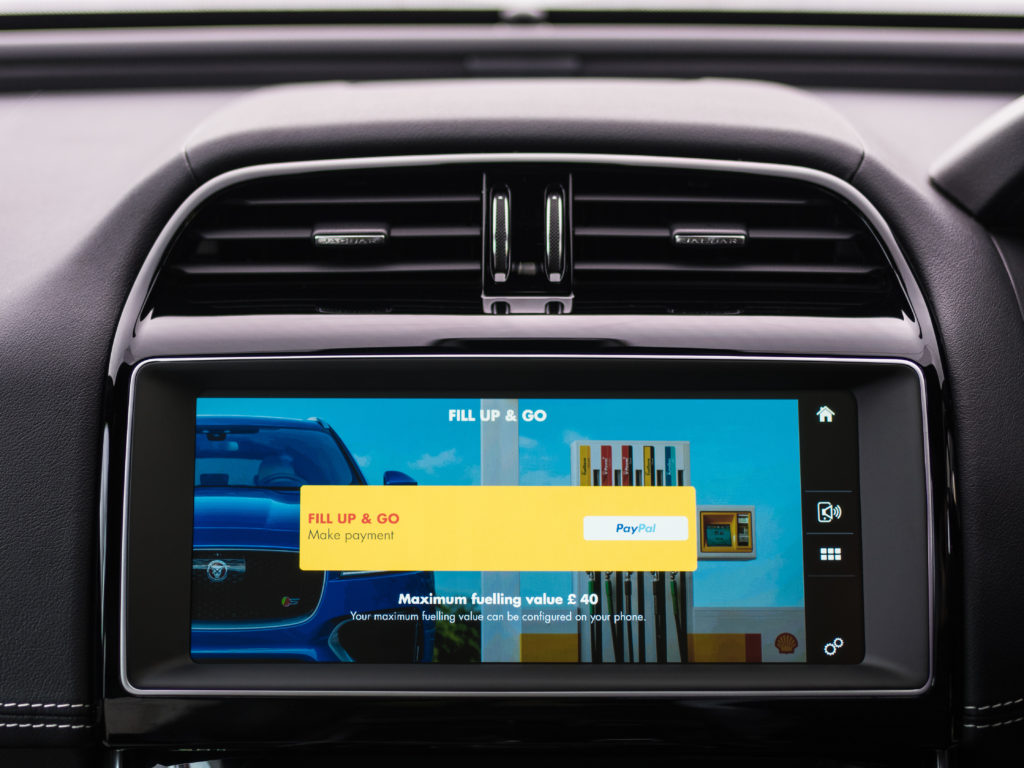 It’s been several years now that I have been trying to bring to oil companies top managers’ attention the need to use modern retail technologies in customers’ service and communications. In response I get the silence of the big leaders and the unconcealed irony of mid-level office managers.

Time passes and almost everything that was offered for our gas stations chains is beginning to be implemented by the world leaders. It’s great that the development of the service at the gas station does not stand still, it’s a pity that the priority of the first introduction of something new on the Russian market was missed out again. All that remains for me is not to get discouraged and to offer «better and cheaper» options than Shell and Alibaba, which I’m trying to do now.

Not alone in the universe

Let’s note that earlier General Motors Company presented a new service — Marketplace, which allows the car owner to pre-order coffee and gasoline at filling stations, and to book tables in restaurants without leaving the driver’s seat.

The developer called the product «the first e-commerce platform solution in the automotive industry».

Jaguar and Shell announced a similar initiative quite some time ago. The drivers of the prestigious brand’s cars will be able to pay for gasoline through the screen of their on-board console, payment options for parking and catering will be added as the application develops.

Brands are considering the options for placing their apps’ icons in the forefront of interfaces for such solutions, which will become even more relevant as the unmanned vehicles develop.


The Shell loyalty program for owners of IoT-cars is already being connected to the system so that the full service of the new generation can be provided in one click.
Today in China, AliOS operates 400,000 cars. Shell has more than 43,000 gas stations in more than 80 countries, of which 1,300 are located in China. The local market is considered by the company as one of the most important priorities.

Retail Operations Are the Basis for a Successful Gas Station Business